How are ASEAN countries dealing with COVID-19? 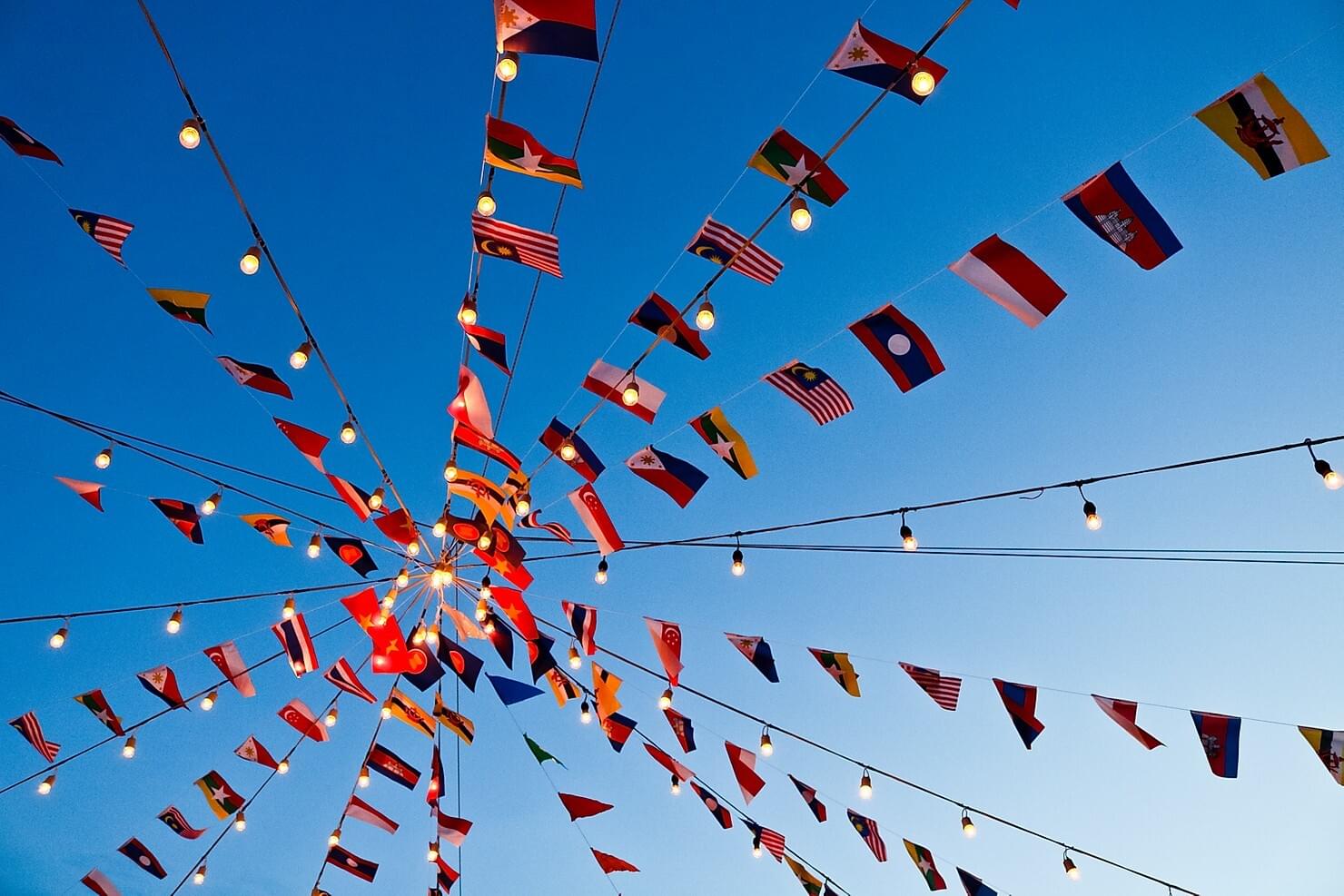 As Malaysians have just finished the first phase of the Movement Control Order (MCO) and will be entering the extended phase until 14 April 2020, the last two weeks have been packed with various news locally, from the Raja Permaisuri Agong cooking for medical front liners to the rakyat dressing as ghouls to scare people to stay home.

At the time of writing, Malaysia had recorded 3,116 positive cases, with the death toll at 50. While the Health Director-General Datuk Dr Noor Hisham Abdullah has stated that current figures show early signs of hope for flattening the curve, he did mention that Malaysians must continue to maintain the MCO and practice social distancing in the next two weeks. Malaysia after all has recorded the highest number of Covid-19 positive cases in the ASEAN region. 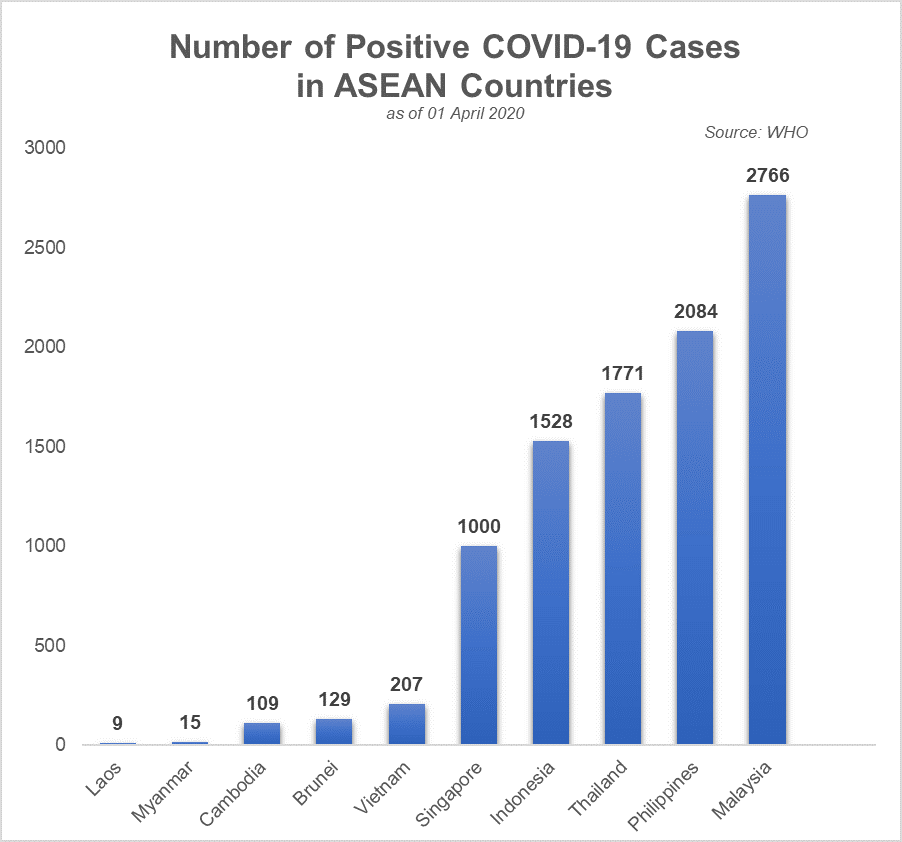 But how are other countries in the ASEAN region faring in this unprecedented global Covid -19 crisis?

Laos have so far recorded the lowest numbers of Covid19 positive cases in ASEAN with only 9 as of April 1 2020. While neighbouring countries such as Thailand and Vietnam have reported a comparatively large amount of positive cases, as recent as two weeks ago, the government has claimed that there are no Covid19 cases at all. However, a doctor from Luang Prabang is concerned that there might be a hidden epidemic and that provincial hospitals do not have equipment to test people for the virus – only the worst cases get referred to the laboratories in the capital city, Vientiane. Recently, the government has been taking more measures to combat the virus including closing all international checkpoints to stop movement in and out of the country. 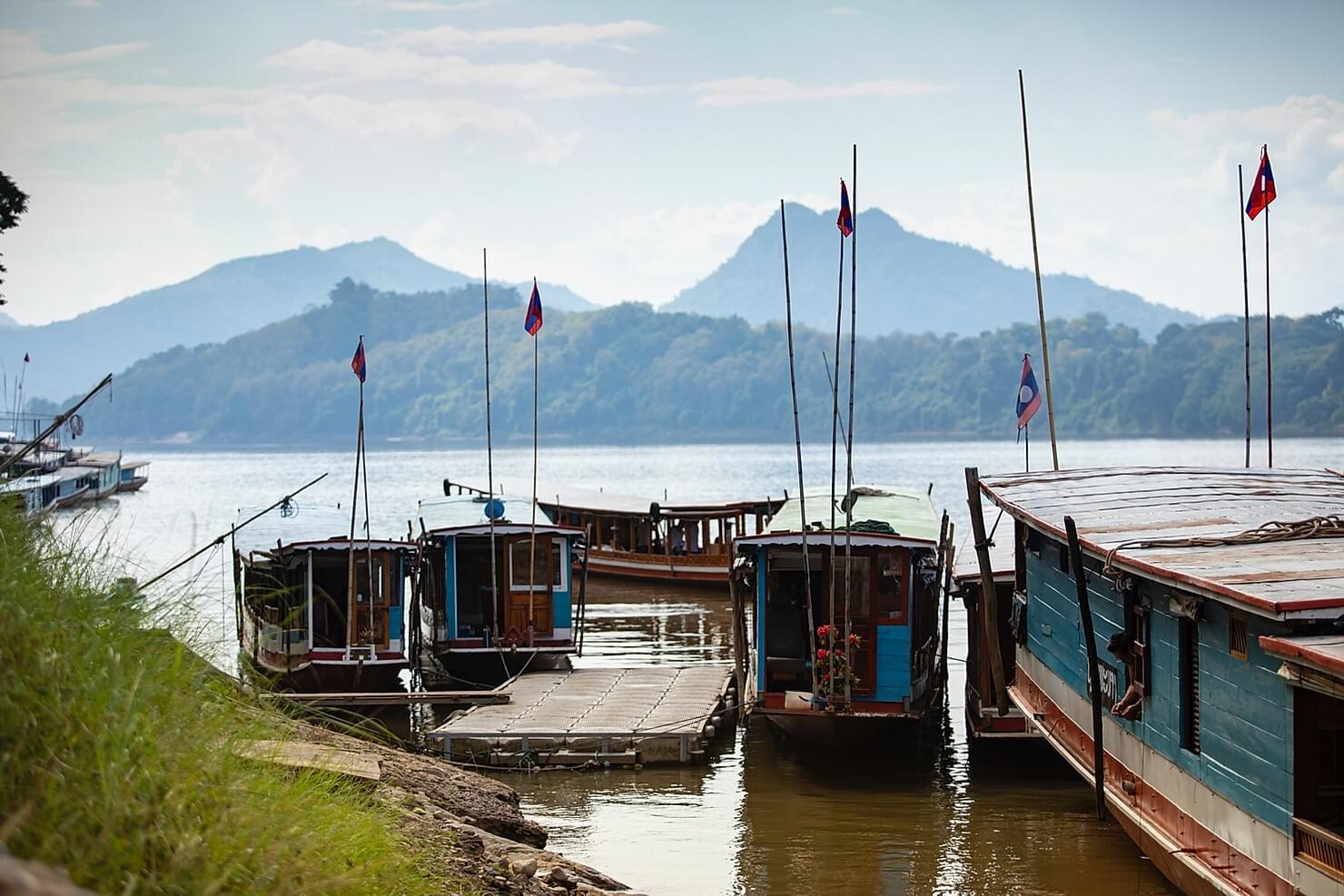 With the second lowest record of Covid19 positive cases currently, Myanmar has faced public criticism due to their lack of medical facilities to tackle the virus. But as the numbers steadily rose in the past week following Myanmar citizens who had returned from overseas, the public is now restricted from entering Yangon International Airport and only staff and travelers with valid air tickets are allowed to enter.

While government spokesperson Zaw Htay had once suggested that the “lifestyle and diet” of Myanmar’s people have protected them from the coronavirus, the Ministry of Health had announced that they are preparing US$200,000 in funding to buy laboratory equipment, medicine and protective equipment to fight the virus.

While the numbers in Cambodia have approached 100 cases, Prime Minister Hun Sen has decided to close all the nation’s casinos from 2 April 2020 onwards. While no national lockdown have been announced yet, the government has already ordered for schools to be closed in the capital of Phnom Penh as well as the popular tourist town of Siem Reap. The government has also decided to suspend all rice exports in order to ensure food security.

The first case of Covid-19 in Brunei was from a 53-year-old man who returned from Kuala Lumpur after attending the Tabligh gathering at the Sri Petaling Mosque in late February. Since then, Brunei has barred its citizens and foreign residents from leaving the country. The current tally is at 129 with the nation recording its first death last Saturday.

The country made headlines last months when Vietnamese health officials produced an animated music video, which led to a popular dance challenge on TikTok choreographed by Vietnamese dancer Quang Dang. The dance became viral globally after it was featured on HBO’s Last Week Tonight show where host John Oliver danced to it on-air. 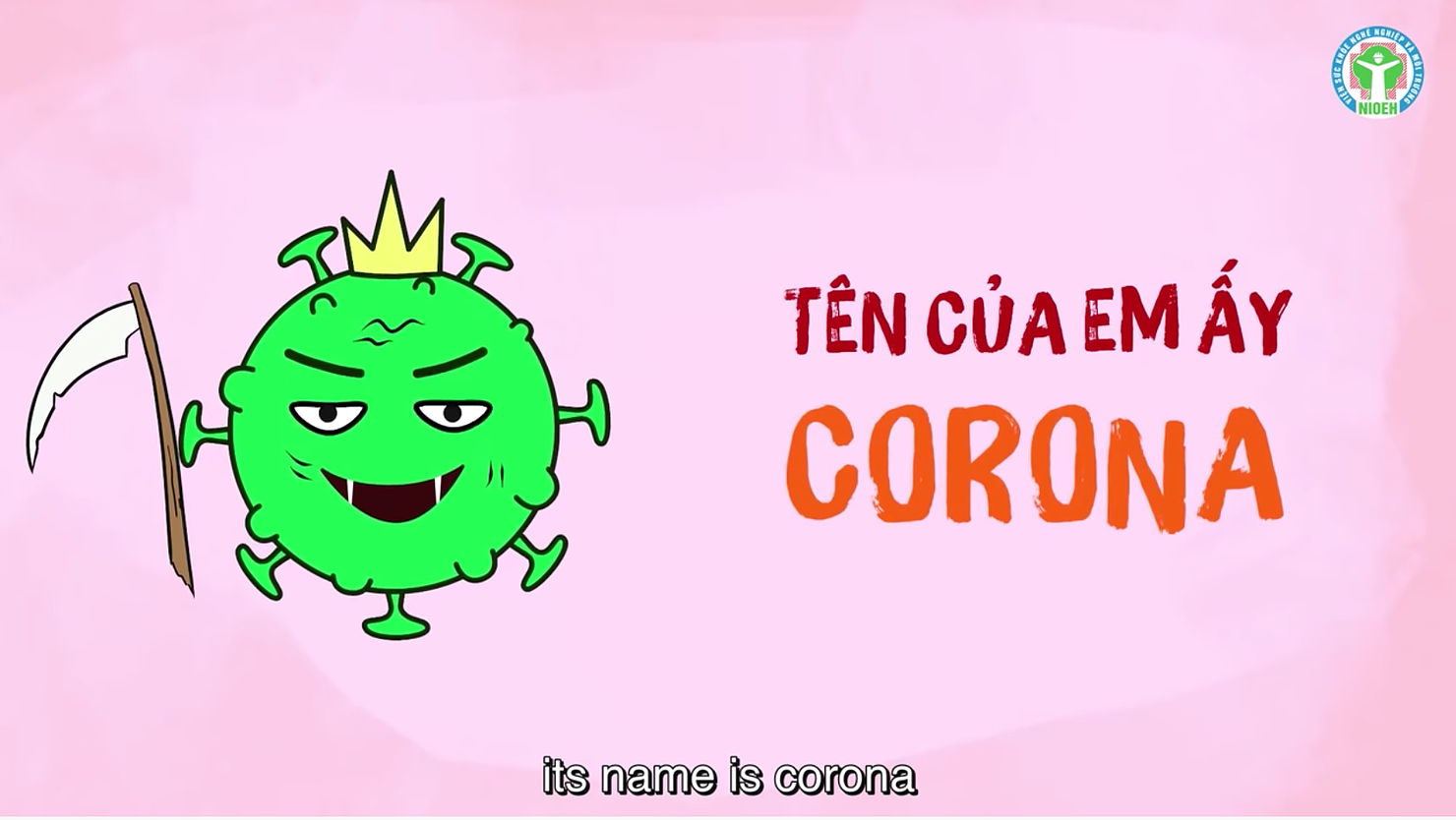 Vietnam has managed to maintain a relatively low amount of positive Covid-19 cases. One of the factors leading to this is the responsive measures taken by the Vietnam government. The country imposed an early isolation by declaring a partial lockdown although only eight reported COVID-19 positive cases in the country of 97 million population. The authorities have also launched an online tool for citizens to declare their health status. In addition to that, Vietnam Prime Minister Nguyen Xuan Phuc in a state media mentioned that individuals who fail to disclose a coronavirus diagnosis are to be ‘duly punished’ and may be subjected to criminal handling.

As of the time of writing, Singapore has reached 1000 positive Covid-19 cases, with two new clusters identified in the city-state island. The number of infections increased as the pandemic began to progress globally. A possible explanation is that returning travelers following lockdowns around the world is causing imported infections to be transmitted in Singapore. The Singapore government have announced that all Singaporeans and residents returning to the country will have to serve a 14-day stay- home notice.

However, Singapore has been praised internationally for its handling of the coronavirus. By having a relatively high social trust among citizens, ample medical facilities and extensive contact tracing measures, the city-state was able to keep the infection rate under control. The country’s surveillance and containment measures were used to enable quick identification of suspect carriers of the virus. 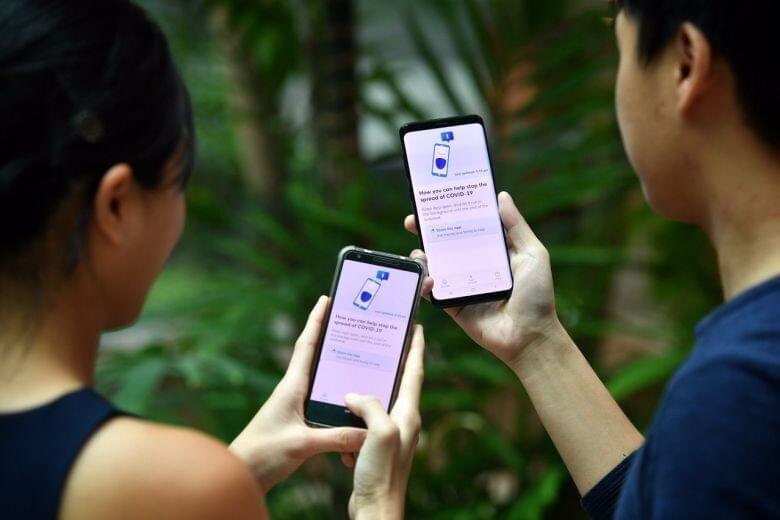 Technology and surveillance has been imperative in Singapore’s Covid-19 battle. – Photo: ST Singapore

The Singapore government have also launched the TraceTogether app – a contact- tracing smartphone app to allow authorities to identify those who have been exposed to people infected with coronavirus. Using short distance Bluetooth signals, users will be able to detect other users in close proximity of 2 meters and provide a warning.

A month ago, Indonesia’s President Joko Widodo announced the country’s first two Covid-19 cases. Since then, the number of new cases have increased rapidly with 1,677 cases reported and a death toll of 157. The country’s rate of Covid-19 testing is among the lowest in the world as a large majority of those who have been infected have gone undetected. Indonesia is also reported to have the highest death rate due to Covid-19 in the ASEAN region with a rate of 8.90% as of 2 April 2020. 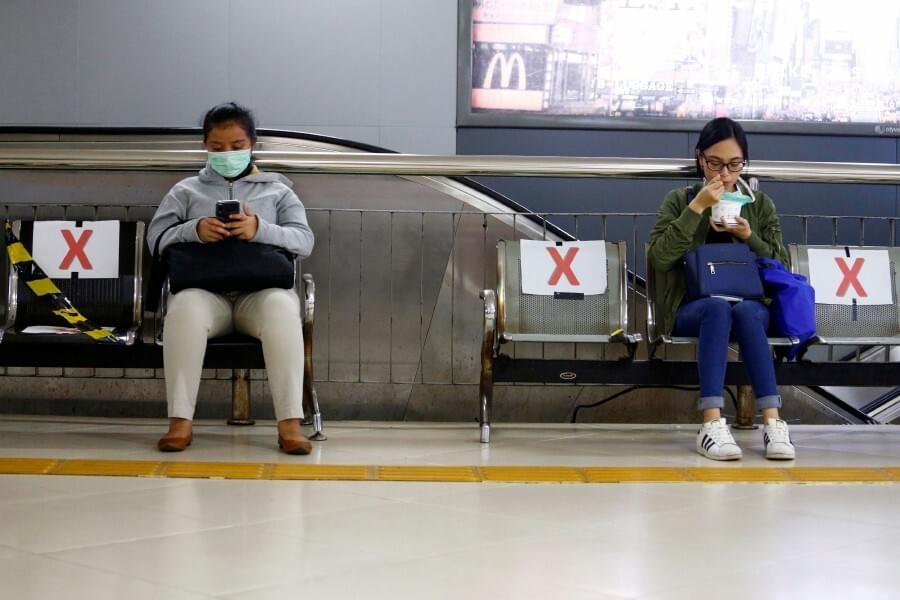 While the president did announce a government regulation pushing for cities and provinces to impose ‘large-scale social restrictions’ earlier this week, the regions have started enforcing their own curfews to flatten the curve. In East Kalimantan, the city of Balikpapan has enforced a curfew from 8pm until 4am. Seven main roads have also been closed from 9am to 3pm every day to prohibit residents from non-essential movement.

Overall, however, there is still a lack of awareness among the public about social distancing measures as well as self-quarantine requirements. A report from Channel News Asia predicted that Indonesia could have 71,000 Covid-19 cases by end of April if no major interventions are put in place.

Within two weeks, Thailand had a surge in positive Covid-19 cases. In the beginning of March, a major Muay Thai event was held at Lumpinee Stadium, attracting a crowd of 5,000 audiences, squeezing against each other. While regular events usually draw up a crowd of only 2,000 people – this event have been identified as one of the Covid-19 clusters after Matthew Deane, the event’s Master of Ceremony, was tested positive for the virus. Prior to that, a group of friends have also been linked to a cluster after one of them was infected by a tourist who had returned to Hong Kong. 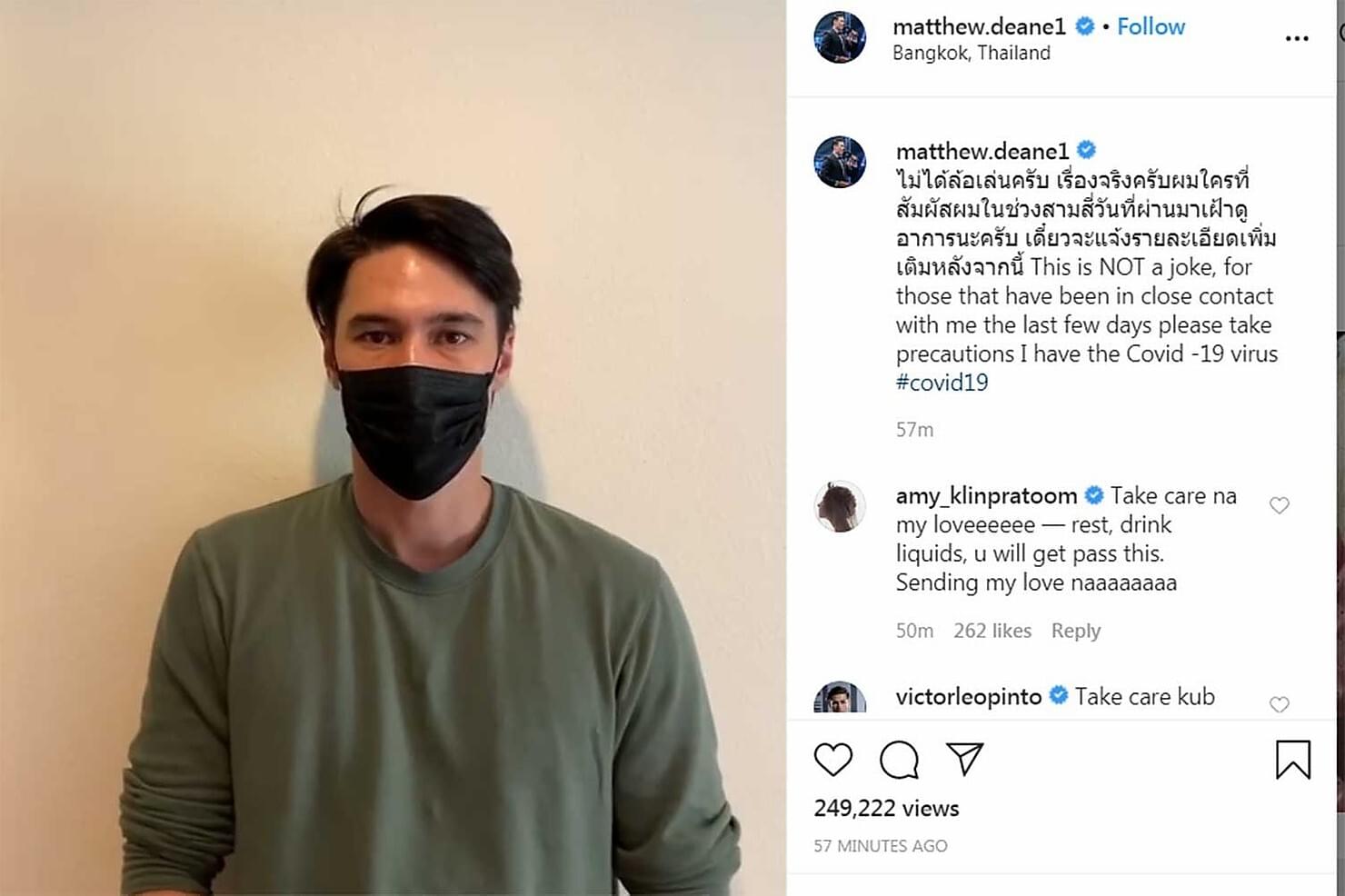 The Thai government has already approved a 400 billion baht stimulus package to reduce the economic impact of the virus earlier in mid-March. Similar to Malaysia, the package includes a moratorium on principal payments, debt payment extensions and loans for Agriculture and Agricultural Cooperatives. Thailand has also closed all its nine border checkpoints including the Thai-Malaysian checkpoints in Kedah, Kelantan, Perlis and Perak.

The first two cases of Covid-19 in the Philippines was reported on 20 January 2020 – two Chinese nationals were tested positive. One of them died on 1 February, establishing the first covid-19 death in the nation. The country was actually the third country after China and Italy to impose home quarantine for a large part of its population and had been reporting less cases than expected with a relatively high number of deaths. The lack of testing kits and lab capacity is a contributing factor to the reporting of the cases.

Similar to many ASEAN nations, President Rodrigo Duterte has also announced that the government has released a total of 200 billion Philippine pesos (RM17.2billion) to assist poor Filipino families including farmers and fishermen. The Duterte administration however have been criticized by the Minority leader Senator Franklin Drilon for their response to Covid-19. The senator claims that there is no comprehensive financial package that covers both health and economic aspects sufficiently by the administration yet.

Nevertheless, the Japanese government and the World Health Organsation (WHO) has assisted the Research Institude for Tropical Medicine (RITM) in the Philippines to expand their testing capacity by providing critical laboratory supplies. To expand the testing capacity further, RITM has conducted training for laboratory technicians from five sub national laboratories.

As Covid-19 has swept the region, some ASEAN countries have imposed lockdown measures and many governments have decided to introduce economic stimulus packages including Malaysia. In addition to that, the testing capabilities of some countries especially those with a lack of resources might be a reason for under reporting. This brings to mind a few questions including how accurate are the numbers reported? How do we ensure that our reports are legitimate and how do we assist each other within the region when it comes to reporting, sharing information, strategies and technology in the fight against Covid-19. This is truly a test for not just all governments but also for the region of ASEAN.

Thank You For Signing Up!

You will receive an email from us soon.

HOOT!
Have A Question?

Fill in your details and we’ll be in touch